7 Possible Signs Of The Global Recession

It is sad to say that 2022 started on the wrong foot. The crisis in Ukraine, the Russian sanctions, China’s ‘Zero COVID’ policies, soaring inflation, and interest rate hikes by the US Federal Reserve (The Feds), are all expected to stifle economic growth. In this post, we will discuss the global recession and the possible signs of the global recession.

The concern is whether worsening circumstances and ill-advised policy decisions will cause the global economy to slump even further. The odds of a recession are 35%, says one of Biden’s favorite economists, Mark Zandi. The bottom line is, that when a recession hits, it’s better to keep a long-term perspective and manage your exposures, reducing risk and putting money aside to invest when the economy recovers. While no investor can predict when a recession will begin or if they should respond by altogether avoiding risky assets, good diversification ahead of time may help you protect your wealth and position yourself to profit from a rebound.

Before we begin looking at the possibilities of a recession happening, we should familiarize ourselves with the factors that cause a recession and what previous recessions looked like.

Over the years, the United States has experienced a number of recessions. And over the last two decades alone, there have been several recessions, some of which were more catastrophic than others. In 2020, the COVID-19 epidemic triggered a short-lived recession, marking the end of the longest stretch of economic prosperity in American history.  Although the economic downturn only lasted a quarter, the National Bureau of Economic Research did not hesitate to call it a recession. Unemployment rose, firms and whole industries were forced to shut down by the government, citizens were put on lockdown, retail sales plunged, the stock market sank, and so on.

The 2020 recession was the worst in modern US history, said many people. It wreaked such havoc in such a short period of time. From 2007 to 2009, America experienced: The Great Recession. The recession of 2007 to 2009 was the greatest economic slump in the United States since the Great Depression of the 1930s. Low mortgage interest rates, intended to encourage homeownership, caused a housing bubble, or excessive seller’s market, in the mid-2000s. When the housing bubble burst, many people defaulted on their loans, resulting in a recession and a countrywide financial crisis. The economy shrank by 4.3%, while unemployment reached 10%.

In 2001, the new century brought a wave of uncertainty for many Americans and corporations.  Dotcom businesses had previously risen and then crashed—a scenario made worse by the Y2K scare, which caused widespread concern about how technology would transition from 1999 to 2000.

The terrorist events of September 11th, 2001, sparked global concern, causing initial shocks in the stock market and reverberating across essential businesses such as aviation and insurance. Nevertheless, the 2001 recession was moderate compared to the recessions of 2020 and 2007–2009, with unemployment peaking at 6.3% and GDP falling for only three quarters with a cumulative decrease of less than 1%. 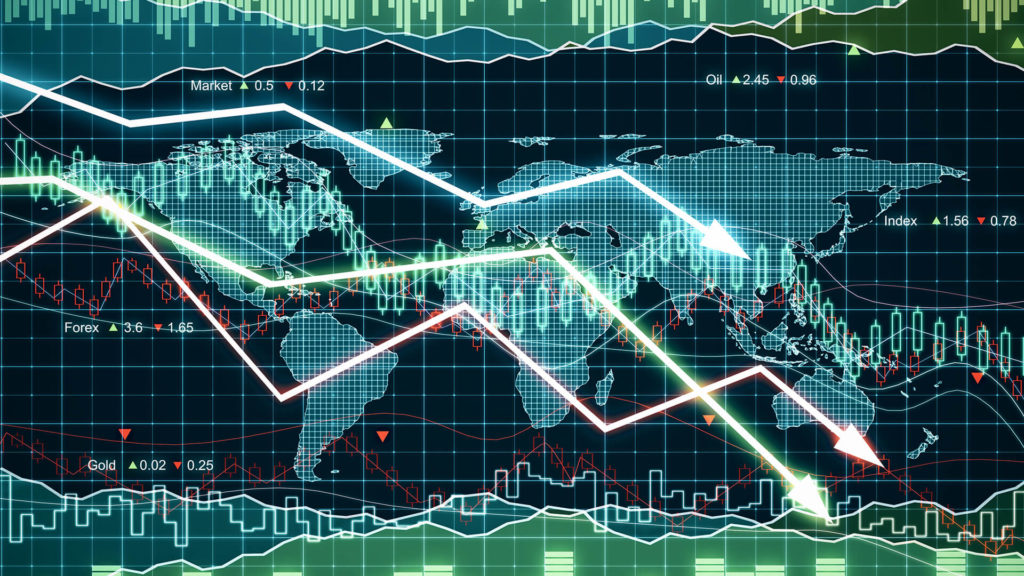 So, after that brief history lesson, let’s look at what causes a recession and the signs we should look out for.

A decline in GDP growth is sometimes cited as a cause of a recession, but it’s more of an indication that one is already happening. This is because economic statistics are only reported after a quarter has ended, the recession will have been ongoing for at least a few months by the time the GDP number is adjusted.

The Commerce Department said that gross domestic product fell by 1.4 percent on an annualized basis in the first quarter, indicating a sharp reverse for an economy that had just had its strongest growth since 1984.

When interest rates rise, liquidity (money available to invest) reduces in an economy. In the past, the Federal Reserve has been the main perpetrator. The Federal Reserve has frequently raised interest rates to safeguard the dollar’s value. For example, it did so in the late 1970s to combat stagflation, which led to the 1980 recession. And now the Fed raised interest rates for the first time since 2018 as it grapples with the strongest inflation in 40 years. Higher borrowing costs, reduce lending and spending in the economy.

Analysts expect the Fed to continue hiking interest rates relatively aggressively in 2022 and 2023. And many forecasts that the Fed will raise the federal fund’s target rate, to a peak of about 3% by the end of 2023. Deutsche Bank has predicted that the Federal Reserve will plunge the US economy into a major recession before the end of 2023 by hiking interest rates to between 5% and 6%.

An abrupt drop in investor confidence can trigger a bear market, draining money from businesses. But, according to Forbes Advisor, following a bleak January and February, March brought sweet respite to stock market investors in the United States.

The S&P 500 gained 3.6% in the month, indicating some rebound from the previous two months’ painful correction, which saw stocks drop as much as 13% from all-time highs. All major market benchmarks had their biggest quarterly losses in two years in the first quarter of 2022, with the S&P 500 losing 2.8% and the Nasdaq Composite dropping 3.95%.

4. Controls on Wage and Prices

Wage and price restrictions have been imposed several times throughout history, but only once has it resulted in a recession. For example, in 1971, President Richard Nixon froze wages and prices to prevent inflation, but businesses were forced to lay off workers since they couldn’t lower their pay. Because families’ earnings were reduced, demand declined. Companies could not lower prices, so they lay off even more people, resulting in the 1973 recession.

According to CNN Business, Bank of America has issued a warning that excessive inflation poses a genuine danger to the economy’s recovery, which began only two years ago. The warning came as fresh government data released on Tuesday revealed that consumer prices rose by 8.5% in March, the biggest rate since December 1981. Everything from new cars to men’s clothes to baby food and salad dressing saw record price increases year over year

5. Housing Prices and Sales Are Declining

When homeowners lose equity and cannot get a second mortgage, they may be obliged to cut back on their expenditures. This was the first event that precipitated the Great Recession of 2008. Banks finally lost money on intricate deals based on declining property values. The housing market has taken off this year, with home prices continuing to increase amid rising inflation and continued supply chain concerns. Still, some analysts believe that prices will soon level out as mortgage rates rise and demand declines.

Furthermore, long-term interest rates have risen, with the 10-year Treasury note approaching 3%, as the Federal Reserve prepares to cut its portfolio of about $5 trillion in Treasury and mortgage-backed securities next month. Fixed mortgage rates have risen to about 5% in recent months as a result of the Federal Reserve’s aggressive monetary tightening, which Moody’s Analytics chief economist Mark

Zandi believes it would exert a “strong gravitational pull” on house sales. He said, “More mortgage rates will conflate with extraordinarily high house prices, making homeownership unattainable for most Americans”. Noting that today’s average monthly mortgage payment of $1,700 is about $500 higher than last year and more than double what it was a decade ago.

According to Zandi, existing homeowners will be hesitant to sell and take on mortgage rates of 5% or higher after having record-low mortgage rates during the epidemic. While house prices are “increasing fast” in the short term due to limited inventories and historically strong inflation, this will reverse as more purchasers are priced out of the market, and rising mortgage rates curb price growth in the second half of 2022.

In the early stages of a recession, loan demand might be a casualty. Companies cancel growth plans that would have been financed with borrowings if the economy had been more robust. As a result, concerned consumers begin to spend less and save more as layoffs spread.

In a financial crisis, lenders may also pull back, putting the economy at risk of a credit crunch, thus compelling a central bank with authority to address such systemic dangers to interfere. In a recession, interest rates decrease even if there is no credit bottleneck because the downturn reduces loan demand while increasing savings availability.

The world economy has been impacted by COVID-19 (Coronavirus) since 2020. It compelled industrialized countries to shut down their entire economy, resulting in one of the worst recessions in history. Consumers were still hesitant to return to restaurants, theatres, and other outlets when the economy reopened because they were afraid. As a result of the employment losses, people were unwilling to spend, resulting in a lengthy recession.

The COVID-19 pandemic, now in its third year, has tremendously impacted the U.S. and global economies. The U.S. government responded to the crisis when it enacted a number of policies to provide fiscal stimulus to the economy and relief to those affected by this global disaster. For example, The Federal Reserve also took a series of substantial monetary stimulus measures to complement the fiscal stimulus. The amount of funds used in all of these initiatives to handle the impact caused by the pandemic, according to data collected by UsaSpending, sums up to $11 trillion dollars.